Several mornings ago, the repetition of a single word aroused me from dreamtime into awake time. This is not an uncommon experience for me, where words or phrases are communicated to me at this veil time of morning. They expect my full attention, which I give, and they have never let me down with what they offer me in return.

This time, the word was “deluge.”

As I drifted into consciousness, I silently repeated the word for a few seconds, inviting whatever wisdom I was to gain from it. It promptly arrived, in two parts. The first was the recollection of one of my favorite songs from Jackson Browne’s Late for the Sky album, entitled “Before the Deluge.” (Click here to hear the song and read the lyrics.) One of the reasons I liked it so much was that it disturbed me . . . that is, it made me think. It made me pay closer attention to events and actions and attitudes that were threatening the health and safety of future generations. Of particular concern to Browne in the early 1970’s, when his album came out, was the unbridled promotion of nuclear power plants as a panacea to the energy crisis during that time period. Forty-some years later, the names of the threats may have changed, but the collective human-made and self-inflicted damage to our very existence still invites us into the disturbing space of discernment: What have we done? How did we get here?  Forty-some years ago, Jackson envisioned these days we now find ourselves in, the days before the deluge.

The second part was my memory of the indelible association of the word “deluge” with the epic flood described in the Biblical story of Noah’s ark, and also in the ancient Sumerian texts. The story of Noah (whose name was Utnapishtim in The Epic of Gilgamesh, the Sumerian version of the story) is basically about a do-over of humanity.  Not surprisingly, Jackson Browne made the same connection long before I did. In another song on the same album, he sings,

“Can you see those dark clouds gathering up ahead?

They’re gonna wash this planet clean like the Bible said.

Now you can hold on steady, and try to be ready,

But everybody’s gonna get wet.

Don’t think it won’t happen just because it hasn’t happened yet.” 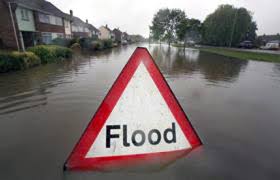 The Noah/Utnapishtim story was a “back to the drawing board” move by the Creator(s) of human life, when most of humanity had strayed too far from their originally kind and wise selves to be recovered. (Have you ever accidentally put salt in your cookie recipe, thinking it was sugar, and then realized the mixture was not salvageable?) In the flood story, one man and his family, and a variety of animals, were spared in order to have a starter for the next version of human being. (Maybe you were able to sift the chocolate chips out of the dry cookie mixture before you mixed in the wet ingredients????) So, not all was lost. When the flood waters came and went, a new day and new way were introduced.

As is my custom, I researched the etymology of “deluge” and found several references to flooding and inundating water flow. The earliest meaning of the word was “to wash away,” or even more literally, “to wash apart.” Notably, the word “wash” comes from the root word meaning “water, wet;” and the sense of “cleanse” was added later.  “Deluge,” then, refers specifically to flood-level waters with a purpose, on a mission: to separate. What a perfect word to describe these days!

A number of ancient prophecies point to these very days as entry into a new era, following a natural part of the 26,000-year cycle of repeating patterns in the movements of planets and other galactic bodies, as well as alternating periods of rises and falls in human consciousness and thus human culture. The Age of Aquarius, the Kali Yuga, and the Fifth Sun are just several of the various names given to our current entry into (a return to, actually!) a Golden Age of human existence. In The Book of Destiny: Unlocking the Secrets of the Ancient Mayans and the Prophecy of 2012, Shaman Carlos Barrios describes it as “a time of harmony, peace, tolerance, and balance; ushering in a new framework that will modify the socioeconomic system. A full consciousness will be activated in Mother Earth and humanity, hopefully generating a cycle of mental and spiritual growth, of true realization. It will be a time of cleansing, when all of the garbage in our minds, all of our consumerism, will be cleared away and replaced with a resurgence of true spirituality and a renewed respect for ourselves and everyone else on this planet.”

In that final sentence, Barrios identifies where separation comes in. What is needed for the Golden Age to come into full fruition is a thorough washing away of old beliefs and systems that never served Mother Earth and Her inhabitants well in the first place, and are now no longer sustainable. The Golden Age we’re entering is a do-over. In the next decade or two (a very short period of time in a 26,000-year cycle!), much of what we know and are the most familiar with now will have been washed away. What this new era will bring us will be beautifully yet dramatically different than what we’re used to. Change, even when it’s beneficial, is always uncomfortable and often difficult. What we are asked to bring with us into this era, to help it unfold, is our best and highest selves . . . because when the waters recede, great changes will be revealed and ultimately cheered, but not before everybody gets wet.

How do we get there with our best and highest selves? Once again, Jackson Browne informs us. “Let the music keep our spirits high,” he sings. “Let the buildings keep our children dry. Let creation reveal its secrets by and by.” Let us be “brave and crazy” enough to nurture “love’s bright and fragile glow,” no matter what. With our hearts, let us “turn to each other’s hearts for refuge,” and let “the light that shines within us” burn brighter and brighter, until it “reaches the sky.” And let us believe that we are indeed “meant to live after the deluge.”