A television ad that I remember from my childhood revealed an Italian chef heating up a jar of store-bought spaghetti sauce, and claiming it had everything in it that the best homemade marinara sauces contained. He assured the potential customer that everything one could want in a spaghetti sauce could be found in that jar. The shopper was skeptical: How could this spaghetti sauce be so complete in its ingredients that it rivaled some old family recipe? The actor who played the cook had the same succinct answer for every possible ingredient the shopper blurted out: 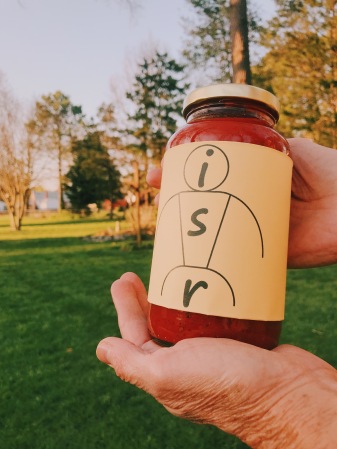 “What about fresh tomatoes?”

“How about olive oil?”

As a teacher and a minister, I used that analogy plenty of times to illustrate how whole and sufficient we humans are, carrying within us all we need to live in fulfilling and balanced relationship with other humans, with non-humans, with the seen world, and the unseen world. That is, we have everything within us that we need to be fully human – to reach and operate at our highest capacity.

To keep up with the times, I updated my analogy: Imagine you purchased a new computer. Right out of the box and fully charged, it’s ready to perform innumerable functions. But you need to learn those functions and explore all the amazing things that it can do.

This website is devoted to helping us revive the Indigenous Soul that resides within and animates each of us, no matter who our ancestors are.

Let’s look closer at the meaning of these key words.

Indigenous literally means “in-born,” so it points toward something that was born within just as much as it does to where something or someone was born.

Soul refers to the spiritual and emotional aspects of being human.

The Indigenous Soul, a term used by Maya shaman Martín Prechtel, is the most ancient and most original part of everything and everyone, which remembers its true nature and lives it in coherence with all of creation. People whom we call “Indigenous” are the ones who have remained successful in honoring their Indigenous Souls, and have maintained their balanced lifestyle that is in sync with nature. Most of us in the 21st century have forgotten what it looks like and feels like to live indigenously. Nonetheless, the indigenous soul is in each one of us, stirring.

Revival is the act of bringing back to life something that was or appeared to be dead; or bringing something back to the forefront of one’s attention.

In summary, to revive our Indigenous Souls is to bring back into the forefront of our attention our most natural and ancient way of being fully and uniquely human.

How do you get started? By embracing the truth that your indigenous soul is “in there!” Then click here to buy the book, Reviving Our Indigenous Souls: How to Practice the Ancient to Bring in the New.